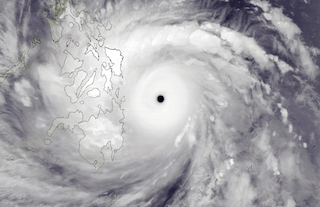 This fund is part of a collaborative partnership between The DDC Group and the Philippines government in an ongoing effort to help victims in the Leyte province affected by Typhoon Haiyan. All proceeds collected go directly toward purchasing and delivering resources to DDC’s affected staff and families.

The DDC Group’s central hub in the Philippines currently employs 3,500 Nationals, of whom, 1,500 were based in the cities of Tacloban and Palo in Leyte. Typhoon Haiyan hit the Leyte province in early November 2013, and although the country experiences 10 to 15 typhoons annually, Haiyan was the strongest typhoon to ever make landfall.

Typhoons are usually categorized as Stations 1-3, with 1 being the mildest to 3 being the most severe, Haiyan hit at a shocking Station 4. Wind speeds topped at 220 Mph and the storm surge topped 12 feet. The toll on human lives was insurmountable with a reported 6,000 deaths, and in all coastal regions of the Visayas, there are still 2,000 individuals said to be “missing.” It was also reported that many buildings were completely destroyed including schools, factories, hospitals, and government structures.

Our own Chief Financial Officer, Brett Trevalyan, who recently visited with victims and their families in the Leyte province explained, “To give you a visual idea, one image from the port of Isabel that will remain long in my memory is of a 400 ton steel harbor crane lying twisted and battered on its side, for all the world like a child’s discarded Meccano toy. That’s what winds of 350Kph can do.”

Even with the DDC disaster recovery plan in place, The DDC Group still did not anticipate Haiyan’s catastrophic effects. Thankfully, DDC leaders used every resource possible to organize an immediate relief effort, using helicopters to fly in medical aid and coordinating food and fuel distribution in Palo.

Since then, DDC had its first offices re-open in Tacloban by mid-December complete with electricity, water and data communications. The main office in LAC, as well as the second Palo office have also seen extensive repairs, however, there is more work to be done in order to bring home the final 230 staff still evacuated in Manila.

To support these efforts, DDC OS plans to raise £20,000 ($27,000 US) at the Charity Ball to help rebuild the lives of its staff members and their families still affected by the typhoon through The DDC Group’s Typhoon Haiyan Relief Fund. The evening’s festivities will feature a drinks reception and dinner, complete with a three course meal, auction, and live entertainment.