The UK Single Trade Window: What You Need to Know 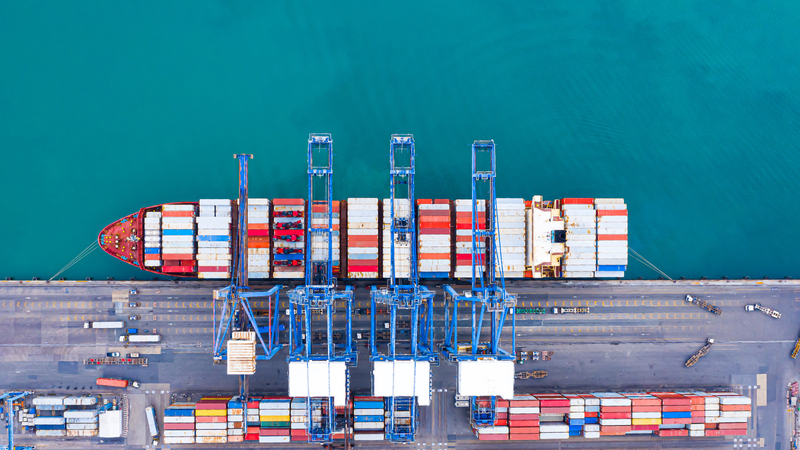 The Single Trade Window is coming to the UK, and the Government is requesting insight from stakeholders to ensure the best outcomes for those involved.

Before you submit your comments, it’s best to understand what exactly this change entails and how it will impact international trade in the UK. In this post, we’ll provide an overview of what you should know and key questions to consider as you form your survey responses.

What is a Single Trade Window?

A Single Trade Window (STW) is defined by the World Customs Organisation (WCO) as “a facility that allows parties involved in trade and transport to lodge standardised information and documents with a single entry point to fulfil all import, export, and transit-related regulatory requirements.”

In other words, a Single Trade Window is a single point of entry for border data, which eliminates the need for users to submit the same data to various border authorities/agencies through multiple portals. Instead, everything is submitted in one standardised format, and the onus is on the Government to facilitate data sharing.

Many other countries — including Singapore, Sweden, the United States, and New Zealand — have already implemented the Single Trade Window model.

What kind of feedback is the Government requesting?

The UK Government is looking for feedback on the following items related to the Single Trade Window:


Let’s dig into some key considerations to keep in mind for each section of the survey.

Approaches to data collection and uses

The Government has made progress toward better data sharing through the Trade Act 2021, but the 2025 Border Strategy consultation found that the processes involved are still quite burdensome. As the Government works toward implementing the STW, further improvements will need to be made. Potential changes to data collection under consideration include:


Both data pre-population and multi-filing come with challenges. For example, commercial sensitivities may impact organisations’ ability and/or willingness to share data with the Government, other businesses, and consumers. If a broader range of data sources are used, HMRC states that “clarity on responsibilities and ability and willingness to ensure its accuracy will be important.”

Self-declaration of border data directly into the UK STW

The 2025 Border Strategy consultation found that many STWs include an optional “self-service” function, wherein traders and intermediaries have the opportunity to complete border formalities themselves. These formalities may include:

Even with expanded self-service options, many companies — especially those who complete particularly complex declarations — will still opt to work with experienced intermediaries and/or commercial software that provides additional features. However, an end-to-end, integrated STW could reduce barriers for businesses considering international trade for the first time.

The UK Government seeks to identify which users would most benefit from expanded self-service formalities and what features are important to those users.

UK border operations rely on cooperation between the Government and the private sector. Community System Providers (CSPs) are particularly important to these delivery partnerships.

At most ports and airports, traders provide their customs/declaration data to a CSP, and the CSP then submits the data to the Government to fulfil border requirements. Therefore, coordination and interaction between the new STW model and existing CSPs is a key consideration.

If there were consistent data and technology standards across international STWs, data could be securely exchanged between STW countries. This could potentially reduce paperwork and administrative costs and improve supply chain visibility for all parties involved.

It goes without saying that setting standards and maintaining interoperability on an international scale would be an enormous challenge. There are also concerns around legal liability, privacy, and commercial confidentiality.

Everyone who imports goods into and/or exports goods out of the UK will be impacted by the implementation of the STW. Your participation in the Government’s call for feedback will help shape the processes and services associated with the STW, so it’s vital to submit thoughtful responses.

Written comments can be submitted via the official online survey until 15 September 2022.

Questions about how the Single Trade Window could impact your business? Contact the customs brokerage processing experts at DDC FPO.