Spring Update from the CFO 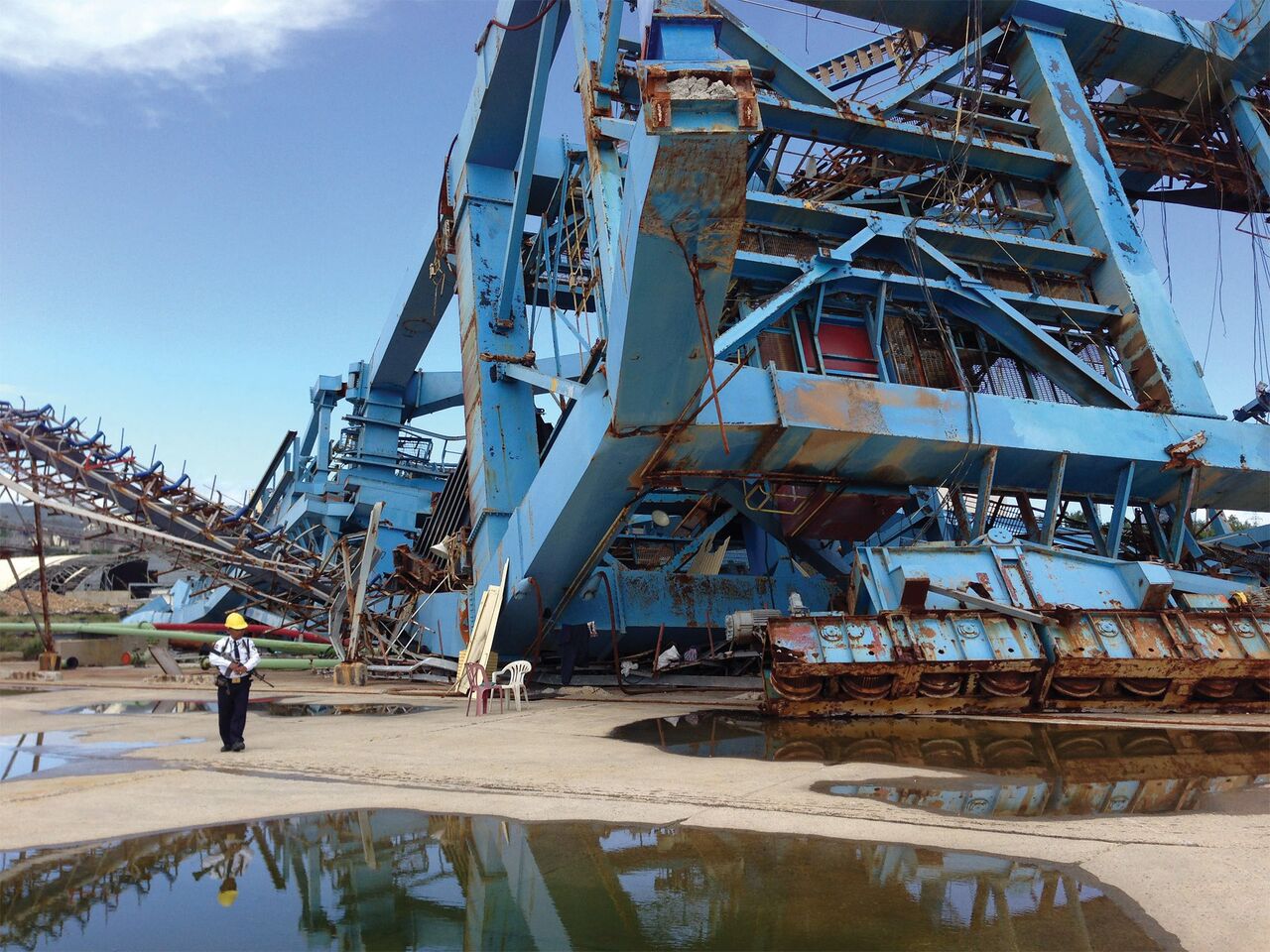 Our very own Chief Financial Officer, Brett Trevalyan, recently returned from the Philippines, where he visited with victims and their families to gain a better understanding of how the affected communities are coping five months after Super Typhoon Haiyan made landfall.

Here, he shares with us his experience through words and photographs:

I traveled to Tacloban and Palo in late March to assess the impact of Typhoon Haiyan (Yolanda, as it is called in the Philippines) upon our employees and operations.

Let’s refresh our memories. Typhoon Haiyan made landfall in early November 2013. The Philippines is not unused to typhoons – they experience between 10 and 15 every year and categorize them as being Station 1 (mildest) to Station 3 (most severe). Haiyan was a Station 4. As such, it was the strongest Super-Typhoon ever experienced; indeed it is officially cited as “the strongest typhoon ever recorded in human history”. Wind speeds topped 220 Mph (350 Kph) and the associated Storm-Surge topped 12 Feet (4 Meters). More than 6,000 people are known to have perished; almost all in the Coastal regions of the Visayas; with 2,000 still listed as “missing”.

Hardly any buildings survived intact with many being completely destroyed and with very widespread and catastrophic damage to roofing. Some factories were obliterated; schools, hospitals, and Government buildings were swept away and a number of large cargo ships ended up inland (where they still sit). To give you a visual idea, one image from the port of Isabel that will remain long in my memory is of a 400-tonne steel harbor crane lying twisted and battered on its side, for all the world like a child’s discarded Meccano toy. That’s what winds of 350Kph can do.

Before the storm, the DDC Group employed about 1,250 staff in Leyte, mostly based in Tacloban and Palo – two of the hardest-hit towns. We operated 4 office buildings with an additional 1,600 personnel facility halfway through construction.

We also ran a dormitory for out-of-town workers. All of these operations were visited, to a lesser or greater extent, by the storm. Even more critically, the houses of almost all of our staff were either badly damaged or completely destroyed.

It took more than a month for us to properly gauge the full effect of the typhoon and, at first, we expected severe casualties. In the event, it turned out that we had suffered “just” 5 fatalities – too many, to be sure, but we feared that the number would be in the hundreds (even by mid-December, we still reported 400 “missing”).

I’m sure that our people were spared, in part, by the pre-emptive actions of Jerry, Dominic, and Aldin who persuaded many employees to shelter in the relative security of our offices and who laid by provisions in advance. Even so, none of us anticipated the sheer ferocity of this storm nor the all-encompassing paralyzing effect that it had on the whole Visayas region. All communication ceased. The airport was all but destroyed. In some areas, such as Tacloban, widespread looting and some civil unrest were experienced. Many dead bodies lay in the streets.

In a business sense, our response was to evacuate our people as quickly as possible. We moved staff by chartered aircraft and military C-130 transports to Manila. We set up new accommodation, laid-in provisions and rented and fitted several new office premises, in near-record time.

Whilst this was being organized, emergency production was coordinated by Ronald Belen in Manila and Batangas with astonishing outcomes. Backup staff was mobilized and all possible overtime was worked. The attitude of all concerned was inspiring as people clearly drew on a reservoir of sympathy and fellow-feeling to do all that they could to support their stricken co-workers. Despite obvious confusion and distress, the prevailing attitude at all levels was “get it done and build it back”.  And that’s what happened.

I have no hesitation in admitting that our Disaster Recovery plan was never anticipated to withstand a fully-blown, red-in-tooth-and-claw, catastrophe. We didn’t think that things would get that bad, that quickly and yet the DR plan did actually work. Clients have consistently stated that they hardly noticed the disruption and most went out of their way to be helpful and accommodating. The DDC Group made sure that we communicated clearly and often (in fact, we probably over-communicated).

There is no way that we would have predicted that we could have coped as well as we did under such circumstances. From now on, we will have no concerns about our DR resilience – if we can cope with this, we can cope with anything barring a thermo-nuclear conflict.

It didn’t stop there. Jerry and Dominic were at the heart of the immediate relief effort. We used our generators to restore the street lighting to Palo; coordinated fuel and food distribution; used helicopters to fly in medical aid and even opened the port of Isabel to receive bulk shipments. This was a Herculean effort and I am full of admiration for those directly involved on the ground.

So, how are things today?

Astonishingly, we had our first offices opened and re-running in Tacloban by mid-December complete with electricity, water, and data communications (using staff that had opted NOT to leave Leyte). The main LAC office was almost fully repaired and online by late December and the second Palo office was fully repaired (albeit without lines) by February. The large new facility, which was originally scheduled for a spring opening, will now be opened in summer instead (I had anticipated a 12-month delay!).

We now need only to restore lines to the Palo office and complete the second floor of the dormitory and we can bring home the final 230 staff still living in Manila. Incidentally, those that have returned have been issued with both additional funds and a full suite of building and roofing materials. Out of all those who were evacuated to Manila, we calculate that less than 20 will opt to stay there – the clear majority can’t wait to restart their lives back home in Leyte.

Apart from strictly business-based investments, The DDC Group has identified a number of pressing local projects for further investment and help. Included in this list is the rebuilding of hospital rooms previously constructed by us and the adding to them of additional space. Also identified is a Palo elementary school for 3,000 children of about a dozen buildings that need to be completely rebuilt. The children are presently being taught in tents supplied by UNICEF and we know that they are going to start suffering (and perhaps becoming ill) in the coming hot weather. We will start our own rebuilding program within the next couple of weeks. Of course, the needs of the region are almost infinite and we can only identify and aid a couple of pressing projects but we are pleased to be of some help.

By the way, the DDC aid fund eventually raised a wonderfully generous $150k or so and these funds will form part of the employee and local community help to which I refer above. Once construction is complete and the buildings have been handed over; we will send photographs and explanatory text to all those of you who, to our everlasting gratitude, contributed to the fund.

So, there you have it – a traumatic experience with an inspiring response and an unexpectedly strong recovery. I’m not suggesting that we’ve finished, by the way, but we have most certainly begun.

If you are interested in donating to The DDC Group – Typhoon Haiyan Relief Fund, please visit this page for online or check-by-mail donations. If you have any questions, comments, or concerns, please do not hesitate to reach out to us with this contact form or emailing us directly at info@datacapture.com.